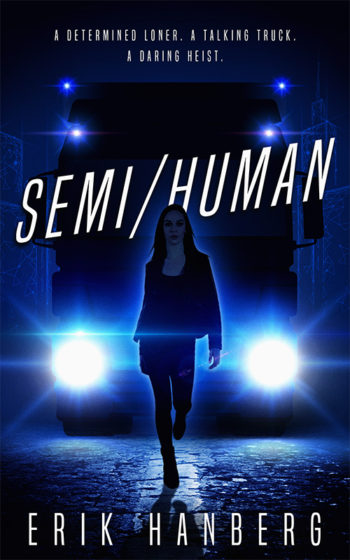 Robots are in. Humans are out. Can one teenager steal her way to a better future?

Pen Davis just lost her internship to a robot. As supercomputers take over all the jobs in the world, the lonely teen doesn’t see a future. Desperate to escape the coming robo-pocalpyse, she devises a plot to steal millions from her former boss. It’s payback for laying her off, and the only way Pen can see how to scrape together enough cash to survive.

But her plan takes a crazy turn when she fumbles the hijacking of a self-driving truck and accidentally sets it free.

Stuck with a semi who practically wants to be her little sister, Pen tries to make the best of it. She uses the semi to rescue quiet James, who is interested enough in her that he’s willing to join her crew, even though he’d prefer not to do anything actually illegal. When she convinces James and the truck to help her, the plan fails spectacularly and her mismatched team is torn apart.

Will Pen claim the riches of her dreams, or will a unique friendship give her something money can’t buy?

Buy Semi/Human to pull off the perfect crime today!

Note: if you want to watch clips of the real-life robots and drones that inspired the action sequences in Semi/Human, check it out here. If you don’t want anything spoiled, though, you should skip the videos and come back later to check them out. 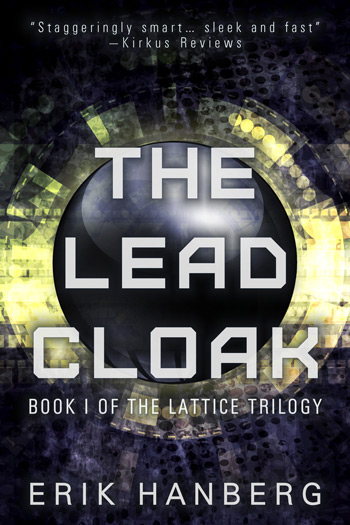 In the future, privacy is a thing of the past.

Nevada, 2081. Colonel Byron Shaw safeguards the world’s innermost secrets. From a control center in Area 51, he monitors the expansive surveillance system that once saved him certain death at the hands of ruthless kidnappers. But not everyone trusts technology that peers through strangers’ eyes, so it’s no shock when a guerrilla attack nearly wipes out the network and spills his blood.

Tasked with tracking down the terrorist cell, Byron sets off on a globe-spanning chase that brings him to the outer edge of Earth’s atmosphere. But as he infiltrates their ranks, a growing suspicion about the system that preserved his own life could sabotage civilization.

Torn between duty and doubt, one man’s decision could rewire humanity’s future. 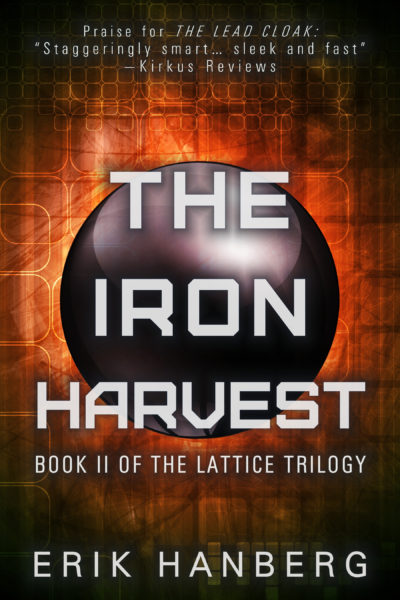 Hiding is easy. Staying alive is the problem.

Byron Shaw is the focus of a worldwide manhunt, led by the man he once called a friend. Everywhere he turns he finds more danger. Everyone who helps him risks their own life.

With the Lattice destroyed, the systems the world relies upon have come undone. Global communications are down, food is growing scarce, and the weather is spiraling out of control. Shaw must fight his away across two shell-shocked continents if he ever wants to see his wife again. Unfortunately for him, he must navigate between those who are trying to rebuild the Lattice and those who are willing to kill anyone who might have the expertise or the resources to pull it off. Shaw must choose sides, and the future of the world will rest with his decision. 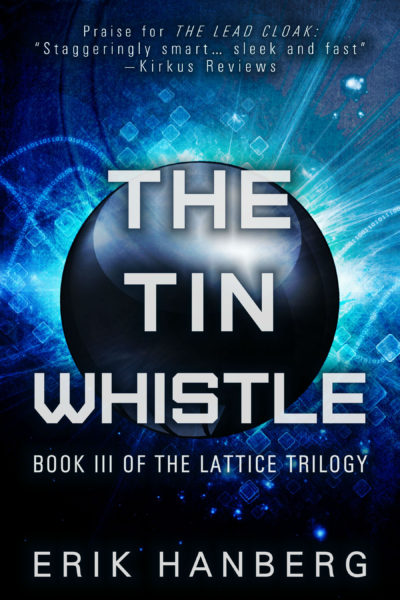 How do you fight a war when the enemy knows your every thought?

Byron Shaw is in the fight of his life. His family are hostages, orbiting the Earth in a spaceship that could be destroyed any minute. His enemies are preparing for a final assault. And his allies are powerless help him.

So begins the gripping final chapter in The Lattice Trilogy.

With the Lattice restored, the improved network is all the more wonderful and all the more terrible for it. With it, Shaw can give his body over to another to control, clone a 900-year old saint, or dip into a raw feed of the Lattice’s immense knowledge. But should he?

Trapped between his two worst enemies—Taveena Parr and the surviving raiders on one side and Zella Galway and the cartel of corporations on the other—Shaw must blaze his own path if he wants to save his family. The ensuing battle will take the world once more to the brink of global disaster, and in the end, only Shaw will decide the fate of the Lattice.

Get regular(ish) updates from Erik about his books and the ways the world is speeding into a sci-fi future...